Yorgova house- architectural cultural monument of a national importance, built in XVIII century. It’s one of the buildings, as well as the monastery “St, Ilia”, that survived in the fire attack from the Kurdjali in 1801 year. The site has preserved wood-carved ceilings, mussonders and everything typical of Teteven architecture.

Bobevska house- architectural cultural monument of a national importance, typical for Teteven. It’s built in 1852 , as noted in one of the pillars. Here there is functionality and elegance – mussonders (built-in wardrobes), woodcarving, kiosks – rest rooms and so on. The house is owned by the heirs of Bobevski family. Persons from this family are hadji Nikola, hadji Stoyanov Bobevski- deputy chairman of the Society of recruiting volunteers for the Russian-Turkish war in 1877 y. in Slatina( Romania), Ivan Hadjinikolov Bobevski- volunteer, deputy mayor of Sofia and deputi chairman of The volunteer combatant society, and publisher editor of the “Yunak” newspaper, Lyubomir Bobevski - poet, convicted as a moral instigator after the First World War, author of the marches “Oh, Dobrudjanski kray” and “Sayuznitsi- razboynitsi”(Allies – robbers), Valentin Bobevski- choir leader of “Gusla”.

The Hadjiivanova house is one of the few preserved Renaissance houses and the only one that tourists can view from inside. It’s built 1800 years ago – cultural monument of a local importance .

The house is situated in the central part of the town, opposite “All Saints” church.

The high stone lining occupies almost half of the facade and is separated from the bay-window by two symmetrical halves. Unlike other Teteven revival houses in the Hadjiivanova the veranda is decorative.

The house is closely related to the national liberation battles in the area. In the Hadjiivanov Brothers' Inn, Levsky has met the richest locals and sets the foundations of the local Revolutionary Committee “Dervish Oglu Mehmet Kardjali”. According to old writings, Levsky was hiding in an existing hiding place.

All Hadjiivanovs participated in liberation battles. Hadji Ivan Stanchev traded with Wallachia and Moldova. He was suspected by the Turks in revolutionary emigration, killed in 1860 y. in Chirkova forest between the villages Uglen and Sadovets. His wife Milka was hiding committee archives and money. His sons Stanyo and Stancho were members of the local Revolutionary Committee. His brother – Stanyo Vrabevski was chairman of committee. after revealing the robbery in Arabakonak in 1872, they were among the 24 convicted and exiled in Diarbekir.

House-museum “Vasil Levski”- a cultural monument of a national importace. In 1872 Vasil Levski founded there a revolutionary committee and because of its big activity the Apostole of freedom named it First Regional Revolutionary Committee in Bulgaria. The house was declared as a museum in 1972. In 2016 a bas-relief of Vasil Levski was discovered at the entrance of the house-museum.

Near the museum in 2007 was founded a memorial sign dedicated to the memory of the exiles in Diyarbakir.

In the center of the village is situated a Church Primary school, built in 1816 y. It functions until the middle of the same century. In 1843 it becomes a common school. In 1972 the school was restored and now it’s a museum.

The church is a culture monument. Its construction started in the period of 1830-34, and its consecration was in 1846. It was built on the supporting wall of an old church that existed on this place until the town was burned down. The church is impressive building of – 31,1 m length, 14 m width and has 1,5 m thick walls. The icons were painted by different artists, one of them is Stanislav Dospevski. The new wood-carved iconostasis was made by the wood carver Petar Kanchev in 30’s of the last century. Church domes were built in 1895 by the engineer Trifonov. Then the internal enclosures that separated the male from the female wards were removed. The church bells were cast in Moscow in 1875. These bells express the joy of the Liberation and on 1 November one of them cracked. The church is situated in the central part of Teteven.

It’s one of the most interesting monasteries in Stara Planina. It is built on a high rock edge. There is a local legend that says that the old name f Glojene was Chiren Pazar and the village was situated about 1 kilometer from the present village – on the left coast of Vit river. The village is founded during the reign of Tsar Ivan Asen II by the duke Gloj. The duke built a little fortress and monastery.

The monastery was destroyed by the Turks. In the beginning of XVIII century was built new monastery – “St. George the Victorian”. The monks built the monastery on a difficult to access high rock edge, to avoid the Turk’s invasions. The first monastery church was destroyed in two earthquakes in 1904 and 1913 years.

According to Petar Mutafchiev's descriptions, the church consisted of a small naos and a narthex attached to it. The building is made of stones, bonded with mortar. from the time of the construction of the monastery today, only the tunnel, called the “Prosechenik”, can be seen. Monastic homes are located in a massive two-story building and were built in 1858. The present church is built in 1931. The Monastery Brotherhood creates a convent and church school in the nearby village of Malak Izvor at the end of XVIII beginning of XIX century.

The monastery is famous with the icon of “St. George the Victorian”.

The monastery is the place of revolutionary activity.

The monastery was built before Ottoman rule in Bulgaria. According to a legend, Tsar Shishman donated the monastery a wooden cross overlaid with silver and with evangelic scenes represented on it. The earliest document in the monastery dates back to 1600 by hieromonk Vasilii. Other sources indicate that the monastery dates back to the XIV century. In 1705 Stanio from Teteven wrote icons. They are stored in the collections of the XVI century, containing prayers, spells, wisdom, teachings and chronicles. In 1799 Sofronii Vrachanski hide there twice from Kardjali’s invasions.

In 1801 when Teteven was burned down, the monastery survived.

On the right side of the monastery there was a monastery kitchen, and on the left side a big building performed the function of a hospital.

In the monastery church are stored iconography from 17th and 19th centuries.

The chapel is situated on the peak Ostritch - 1069 meters above sea level. It’s built from Asen Svilenov Umanov and is consecrated in 2007. There is eco-route leading to the peak and the chapel. It starts from the school of Babintsi, followed by a steep climb to the peak. The chapel has a splendid panoramic view. 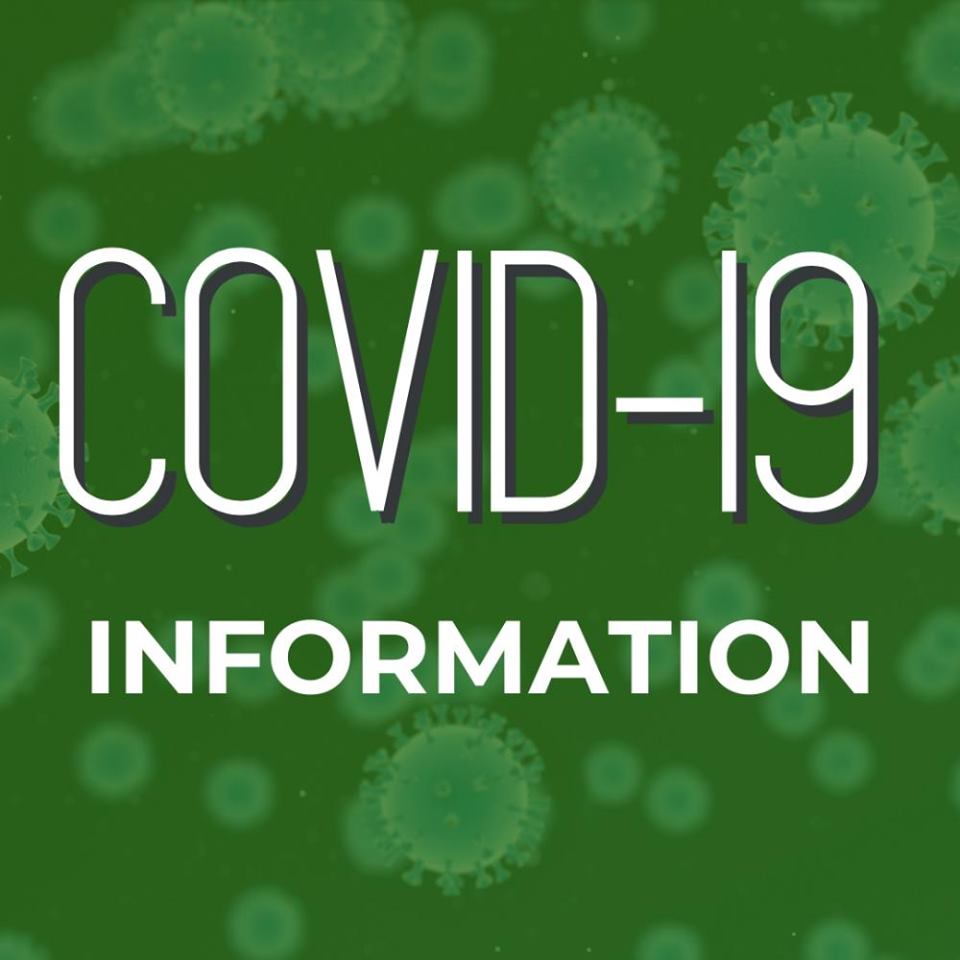 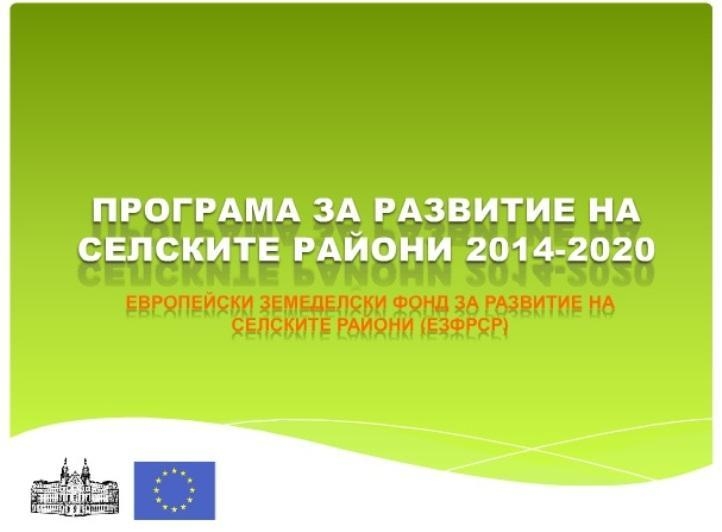 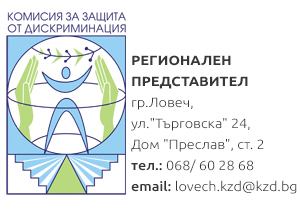 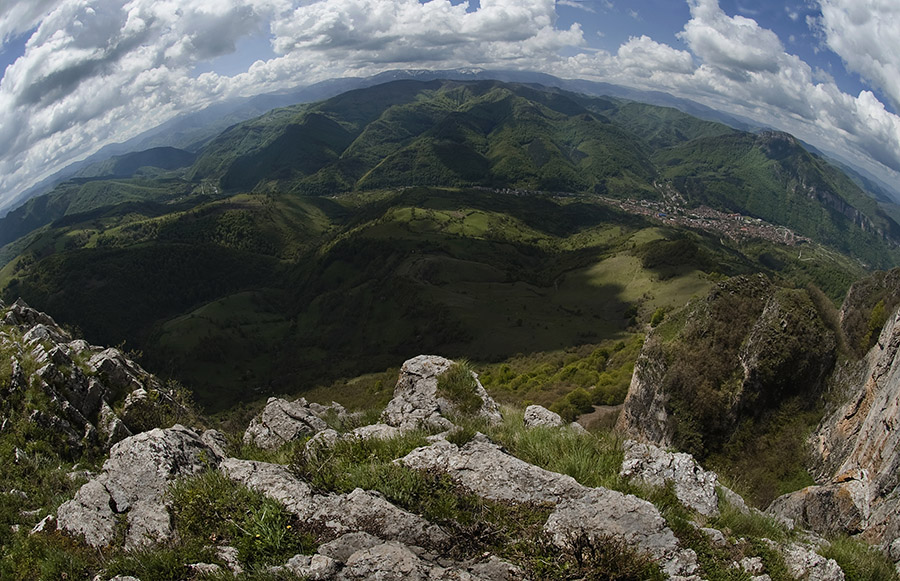 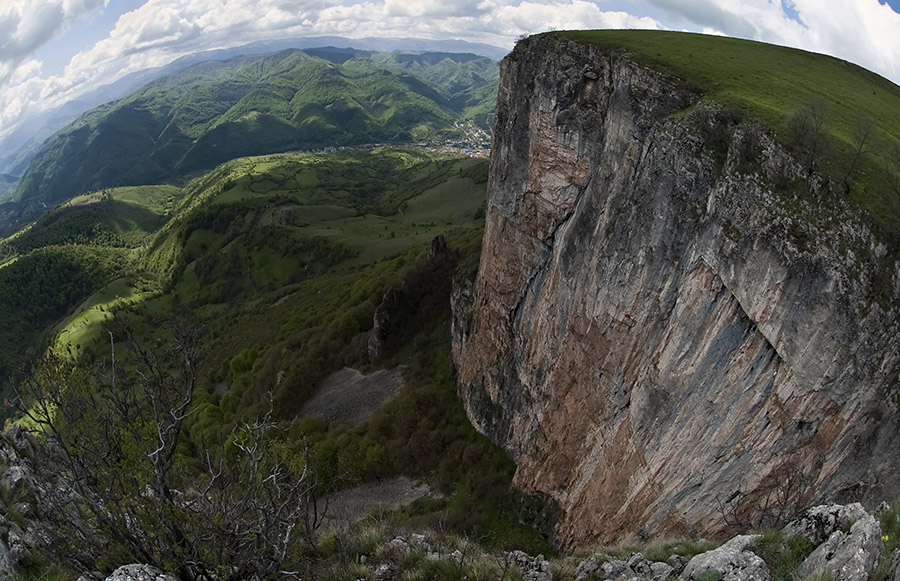 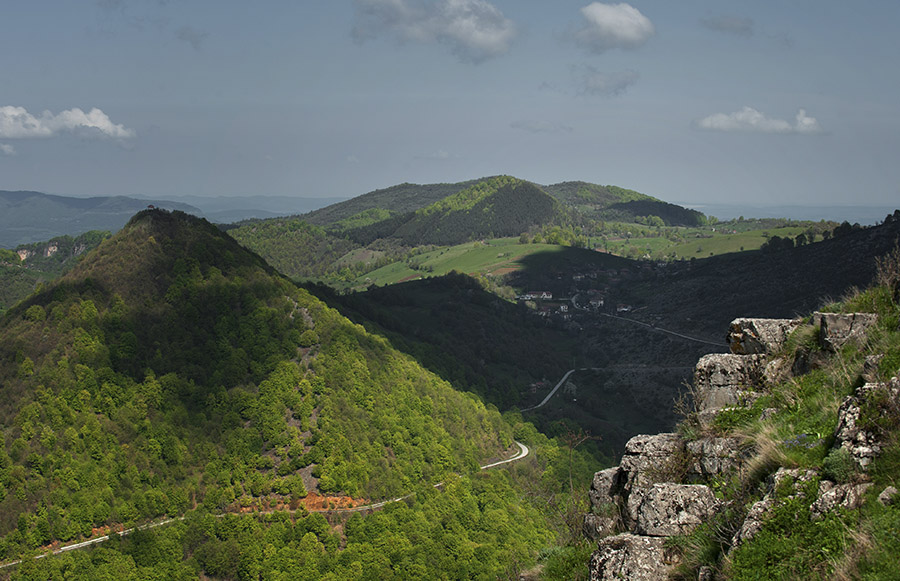 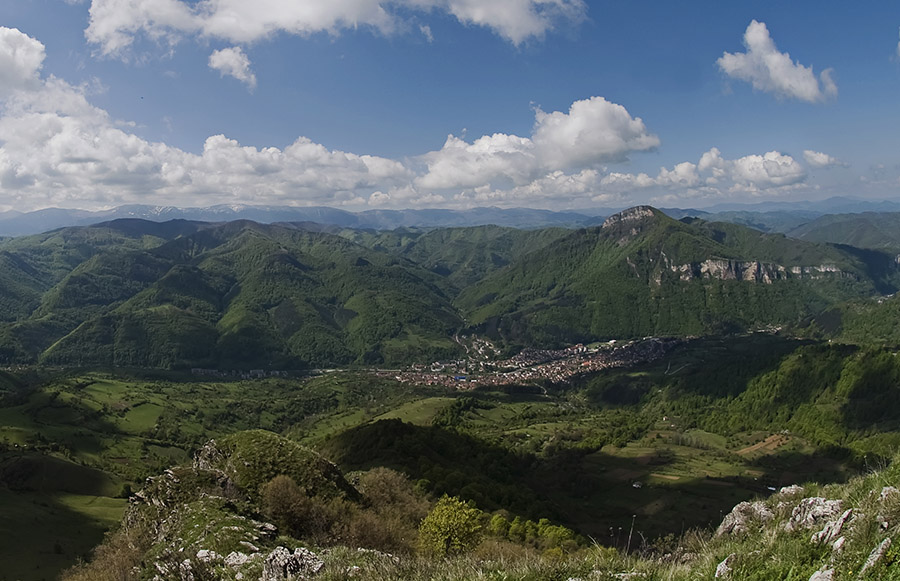 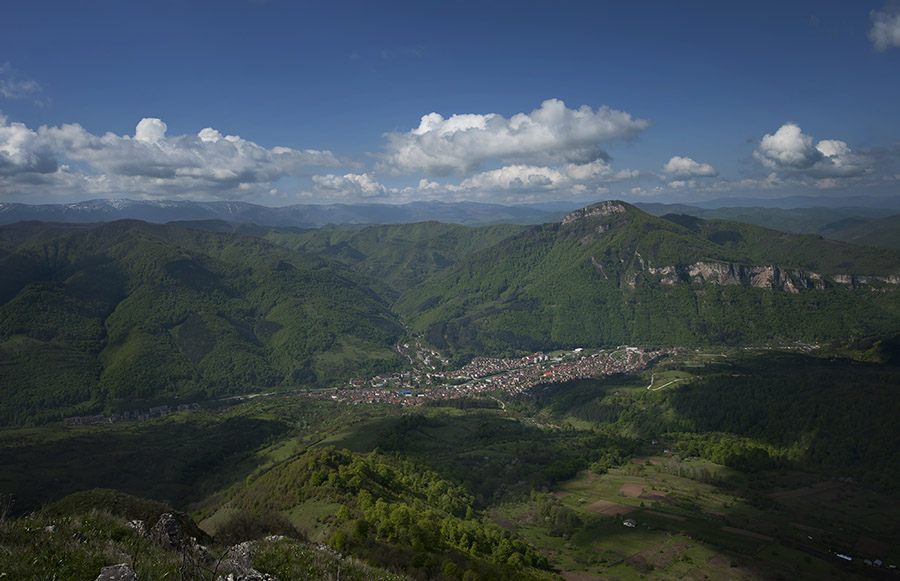 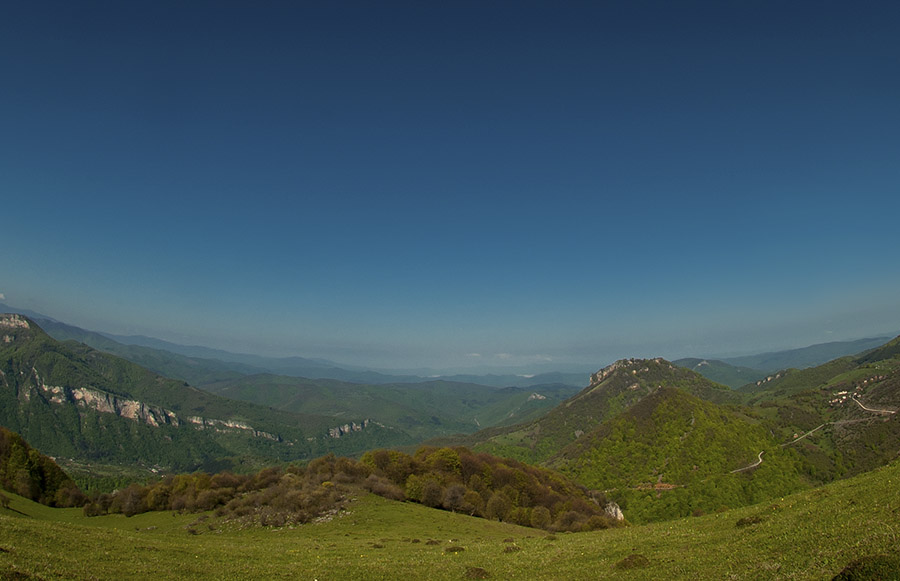 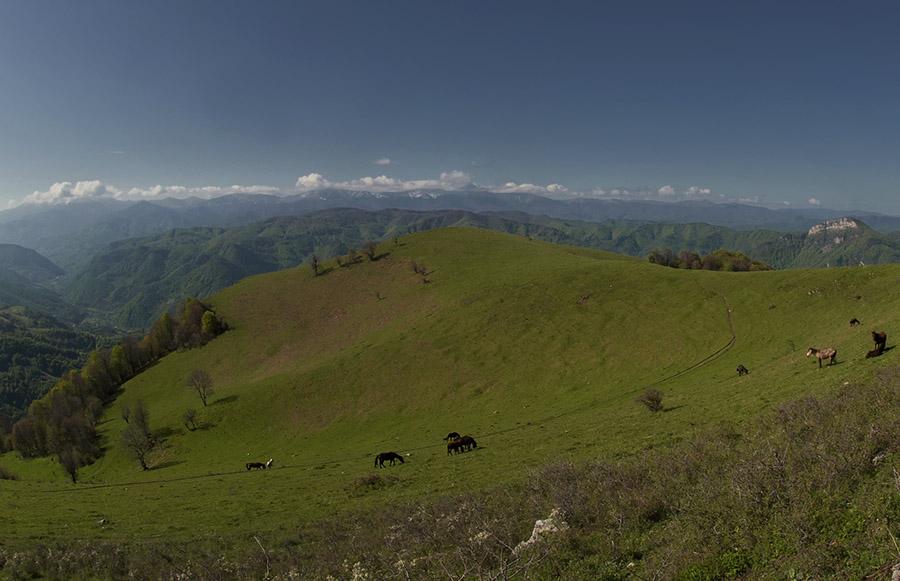